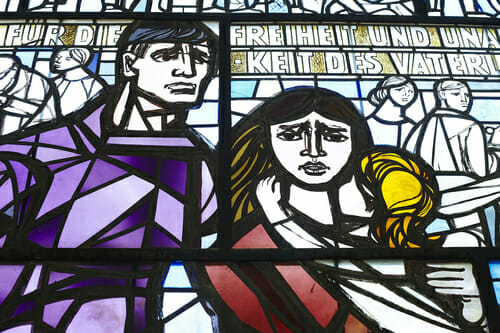 I recently read a post by Donald Miller about what makes a life meaningful. In the post he referenced Dr. Viktor Frankl. Dr. Frankl was an Austrian psychiatrist who survived the Holocaust and the Nazi death camps. It was these experiences that led him to consider what gives life meaning. Is it fame, family, wealth, or pleasure that gives life meaning? When such things are taken away, does life lose it’s meaning?

With everything taken from him and facing slave labor and torture, Dr. Frankl still found a way to live a meaningful life. How?

Donald Miller summarizes Dr. Frankl by saying that anyone who wants to live a meaningful life must have:

As I finished reading Miller’s post on Dr. Frankl, I realized that the three factors that make for a meaningful life could also apply to the making of a meaningful marriage.

A meaningful marriage needs unconditional friends. Too many marriages live in a vacuum. Oh, they may hang out with other people and other couples, but too often they’re hesitant to really let people into their lives, preferring rather to push the button on the garage door and sequester their real selves within the walls of their urban sanctuary. But just like people were not created to go it alone, marriages were not created to go it alone. They need the mutual support and encouragement of other couples.

When our lives and marriages lack these three ingredients, we are left to just go through the motions; chasing after more but missing out on meaning. But a meaningful life and a meaningful marriage will leave a meaningful legacy that will endure for generations to come.

So back to the original question…is your marriage meaningful or mundane?

I encourage you to go out to dinner with your spouse and talk about these things. You may not typically have such weighty conversations, but give it a try. You may be surprised where the conversation takes you.

2 thoughts on “Is Your Marriage Meaningful or Mundane?”