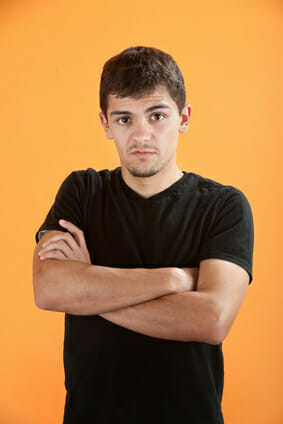 Remember when you were a kid and your parents told you to do something you didn’t want to do? Maybe it was to clean up your room, or to take a bath, or to do your homework. Whatever it was, you just didn’t want to do it.

So what would you do? You would stall. You would “forget.” You would try to get around it. Maybe you would even feel a surge of independence and say, “I don’t want to!” To which your parent would say something like, “I don’t care if you don’t want to. Do it anyway!” And you would wind up having to do it, but you would tell yourself, “When I become an adult, I won’t do things I don’t want to do!”

So what do we do about it? You can really boil it down to 3 choices. We can try to…

I know this sounds like self-help pablum, but when you have to do something you don’t want to do, you can either see it as an offense or an opportunity. To put it another way…you can either grumble through it or grow through it.

Have you ever noticed that when Scripture calls us to do something, it’s usually something we don’t want to do? There’s been many times when I’ve read something in the Scripture and thought, “I don’t want to!” Think about it…love your enemy, turn the other cheek, take up your cross, pray for those who persecute you, etc.

The work of a believer often involves doing things we don’t want to do. So here are a few Scriptures that might help when you find yourself wanting to say, “I don’t want to!”

Gal. 6:4-5 – “Pay careful attention to your own work, for then you will get the satisfaction of a job well done, and you won’t need to compare yourself to anyone else. For we are each responsible for our own conduct.” (NLT)

Gal. 6:9-10 – “So let’s not get tired of doing what is good. At just the right time we will reap a harvest of blessing if we don’t give up. Therefore, whenever we have the opportunity, we should do good to everyone – especially to those in the family of faith.” (NLT)

Do you have trouble doing things you don’t want to do, but know you should? Leave a comment and tell us some of the ways you’ve found to push through the I don’t want to’s.