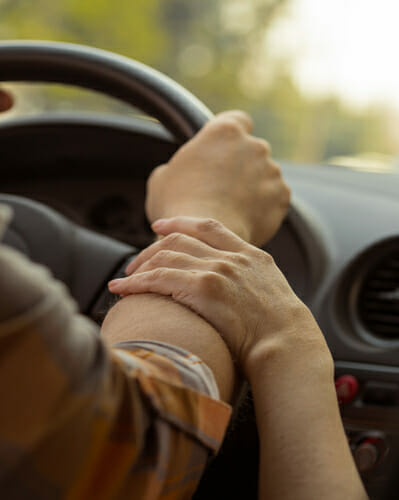 The day you get married,  your relationship is at full throttle. You’re in love. You’re passionate. You’re excited about the life ahead. You’re meeting each other’s needs. In other words, you’re doing 60 miles an hour.

But years into the marriage, you look around and realize you’re not there anymore. The passion seems to have evaporated. You still love your spouse, but it’s more like the way you would love a good roommate. You stop thinking as much about what would make them happy. Now you focus more on what will make you happy.

What happened? You’ve gone from having a new sports car full of gas to having an old sedan running on empty. It’s like you fell asleep at the wheel, only to wake up and wonder, “How did I get here?”

The downshift is gradual. It’s barely noticeable at first. It may actually seem normal at the time. It happens like this:

I’m not saying marriage should be an on-going honeymoon where you constantly stare into each other’s eyes and rip off each others clothes every chance you get. But no one is happy with a marriage that’s going from sixty to zero.

How can you turn this around? How can you get your marriage from zero to sixty again?

A marriage goes from zero to sixty when:

If you want your marriage to go from zero to sixty, these are just a few of the ways you can push the accelerator. There are many more things you could add to the list. If you have trouble coming up with things, think back to what it was like before you were married.

I’m not trying to preach here. I’m just saying that if you want a good relationship in marriage or any other realm of life, you’ve got to turn toward it rather than away from it.

So is your marriage going from sixty to zero, or from zero to sixty? Whatever the answer, ask yourself, “How am I contributing to this, and what do I need to do differently?”