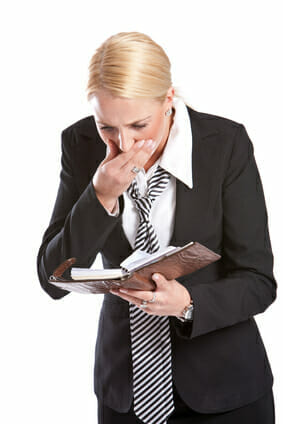 It’s the thing sitcoms are made of. Out of the blue, your spouse approaches you with a gift, a big hug, and an “I love you!” Hesitantly you say, Thank you,” all the while wondering, “It isn’t my anniversary, is it?”

Even if this has never happened to you, I bet you can imagine it. That feeling of being caught off guard. That feeling that maybe you missed something. Where does this kind of panic come from?

I started thinking about this after making a recent post to Facebook. I had posted a great picture of my wife along with a statement of how much I loved her. There was no particular reason for the post. It was just because.

To my surprise, I started getting a lot of comments on that post from people wishing us a happy anniversary. This caught me off guard at first and had me thinking, “Wait…It isn’t my anniversary, is it?”

After making sure it wasn’t my anniversary, I went back and reread the post. There was nothing in the post that would verbally indicate that it was our anniversary. The only conclusion I could come to was that the majority of people (myself included) only post such expressions of love if it’s a special occasion, like a birthday or an anniversary.

Don’t get me wrong. I was very grateful for all the wonderful people who wished us well. But it was unsettling to think that we (again, myself included) so easy slip  into only giving big demonstrations of love on special occasions.

The bottom line is this…if your spouse is caught offguard when you show your love, it’s a sure indication that you’re falling down on the job and not regularly showing them you love them.

How can you fix that?

If you’ll do these things, then showing love and affection will become a part of everyday life. Then, when you reach out to your spouse in a loving way, you won’t see the deer-in-the-headlight look or smell the smell of burning brain cells as they wonder, “It isn’t my anniversary, is it?”

Do you have some ideas on how to do this? Leave a comment and share them with the rest of us.