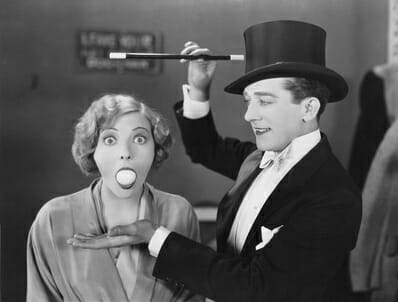 If you’ve not seen “The Incredible Burt Wonderstone,” I encourage you to watch the movie before you read this post.  I wouldn’t want to spoil it for you.

As a kid, Burt gets a magic kit for his birthday.  He discovers that magic is a way to rise above a difficult childhood.  Burt goes on to become a world-famous magician who headlines in the biggest rooms in Vegas.

But eventually, magic ceases to be magical for Burt.  What started off as something full of joy and wonder becomes routine.  Where he once invested energy and hours into making his act great, he now does just enough to get by.  Because of this, Burt loses his lifelong friend and partner, and everything goes south from there.

Then one day, someone points out to Burt that what he’s doing is no longer magic.  It’s mechanics.  This person helps Burt see that he’s lost that original spark and forgotten why he got into magic in the first place.

What does this have to do with marriage?  Too many of us are like Burt Wonderstone.  We go into marriage because we love the magic.  But as time goes by, the magical becomes mechanical.  We stop practicing the little things.  We stop putting in the time and energy needed to make our “act” great.  Instead we just do what we need to do to get by.  When this happens, our “act” goes downhill and we loose the reason and the relationship that brought us into marriage in the first place.

What can you do when you realize your marriage is more mechanical that magical?

I realize that not every moment of marriage will be magical.  There is a place for the mechanical in marriage.  But when marriage is all mechanics and no magic you need to watch out, or your “act” could wind up washed up.