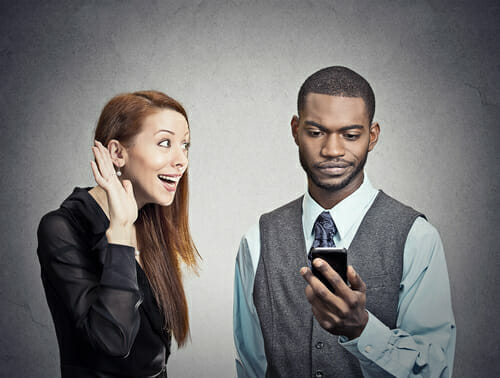 Every soul needs attention, but attention is the one thing that we cannot get for ourselves. (Yes, yelling “fire” in a crowded theater will get you attention, but that’s not what we’re talking about here.) Attention – the kind brings life to our soul – cannot be taken. It must be given as a gift.

But like polar ice, the gift of attention is being melted by the global warming of technology. Texts, Facebook, Twitter, Instagram, Snapchat…they surround us like yapping chihuahuas, until our attention is so divided that people only get slivers of our attention. (Click here to see a great video that will really drive this point home.)

It had been a very busy week for both of us. Our two grown daughters needed help with their children and my wife spent several days and nights with them. She came home midday Friday, exhausted. So the plan was, I would run errands while she got an afternoon nap. Then we would go out together to run a few more errands.

After being separated most of the week, I was pretty excited about spending time with her; and I wasn’t even thinking about sex! (I know. I’m the girl in the relationship.)

So late that afternoon we got in the car and headed out. I was ready to launch into conversation and catch up on all that had happened during the week. But I had barely cleared the drive when my wife’s phone loudly announced an incoming text.

I ignored it, jumping into conversation as if I hadn’t heard the ding. I thought this would communicate to my wife that our time together was more important then whoever was texting. (Properly translated, “What I have to say is more important than what someone else has to say.”)

The hint didn’t work. (When am I going to learn that!) My wife instinctively picked up the phone and started texting back in the middle of my sentence. I kept trying to carry on the conversation, but quickly discovered I was the only one talking.

So I waited until she was done texting and had put the phone down. Then I waded back into the conversation. About two sentences in…DING! The cellular squirrel once again captured my wife’s attention.

I tried to keep talking, but I quickly lost the heart for it and went silent. Even when there was a lull in the texting, I drove on silently. After a long period of silence with no text coming in, I thought it might be safe to try again, but…you guessed it…DING!

At this point, I let out a sigh big enough for my wife to hear, and then turned on the radio with an angry push.

We went about the rest of our evening, having dinner together, running our errands, and generally having a good time. Then, on the way home while we were talking…DING!

When she picked up the phone to answer the text, I said, “I’m going to declare a text free zone!” (And yes, I said it with sarcasm dripping off the end of the sentence.) Needless to say, that didn’t go over very well. She promptly put her phone down, and now we were both frustrated. I tried to talk to her about it, but it probably came across more like a two-year old whining, “Pay attention to me!”

We got through it. I would like to tell you we resolved it and it will never happen again, but that would be a big, fat lie. Chances are it will come up again. With all the digital voices vying for airtime, it’s getting harder and harder to give someone our full attention; especially our spouse. We try to give our children and our work our full attention, but often our spouse gets left out of that effort.

You may be thinking, “What if it’s a call and not a text?” In that case:

Now I’ve got to go and try to convince my wife not to take this post too personally. Wish me luck.

Take the challenge. Find some way this week to give your spouse the gift of your undivided attention. Then watch what effect that has on them…and your marriage.

2 thoughts on “The Gift of Attention”