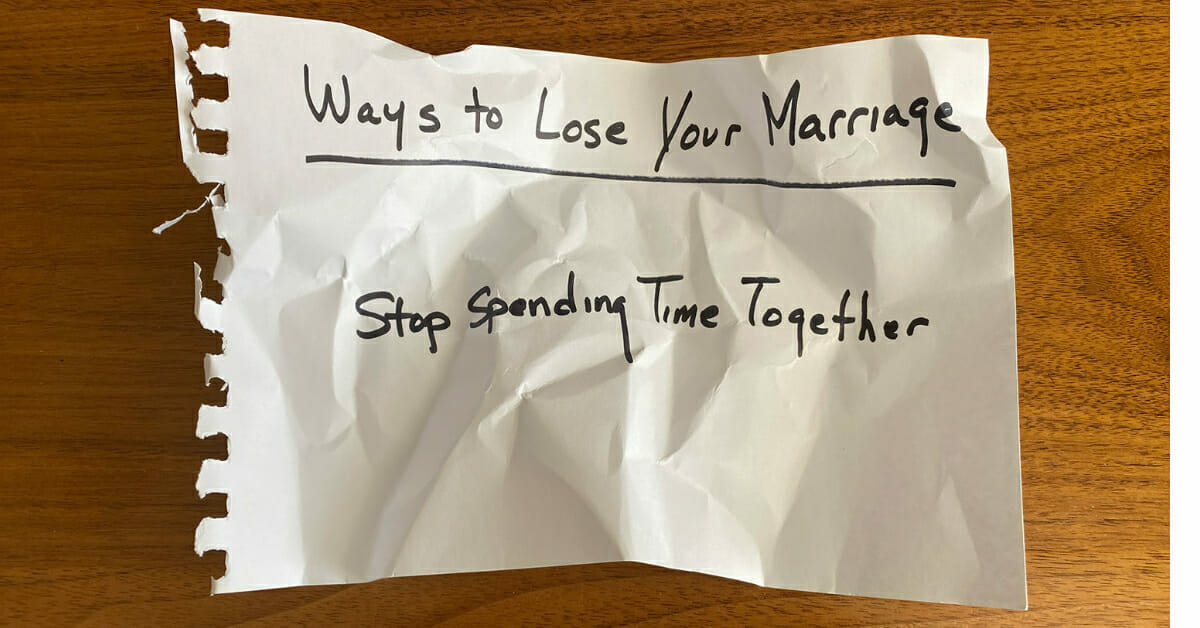 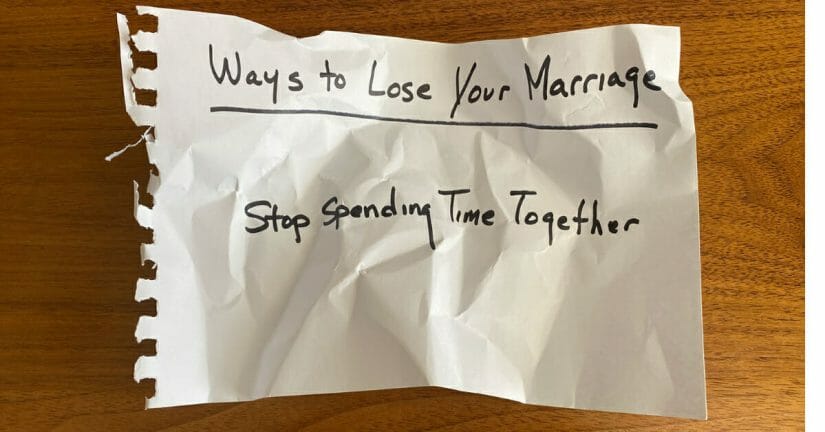 Some time ago, I spent a few days thinning out over 20 years of counseling files. As I went through each individual file, it was like a trip down memory lane. With each file, I could see their faces and remember their issues.

While doing this, I was struck by how many married couples I had worked with. I celebrated those couples who had turned things around and went on to have great marriages. But I also grieved over those marriages that ended in divorce.

Burdened by those marriages that ended in divorce, I began keeping a list of issues that contributed to those divorces. I discovered that, despite the uniqueness of each couple, there were some common and reoccurring issues that led to these divorces.  And with the exception of three or four “big” things,  most of the issues were smaller, more normal things that were left unattended for too long.

So, I compiled my notes into a list I called, “Ways to Lose Your Marriage” or just “The List” for short. And in the weeks to come, I’m going to be sharing this list with you. Each week, in no particular order, we will cover one way to lose your marriage.

So, here’s the first one.

One way to lose your marriage is to …

When we are dating, we try to spend as much time as possible together. Even if we have nothing to do or nothing to say, we still want to spend all the time we can together because we were in love.

But after we get married, and after the honeymoon time begins to wane, we gradually spend less and less time together. We get busy building a home, building a career, and building a family, and we forget to keep building our marriage. Then, one day, we wonder why we’re not as close as we use to be. The spark seems to have evaporated. The relationship is more routine…more business-like. It’s not like it used to be.

So as time goes on, you begin to drift apart. Oh, you’re still raising kids, paying the mortgage, cleaning the house, and mowing the yard. But you’re just not as connected anymore. And it all started because you gradually stopped spending time together. You didn’t intend to. It wasn’t personal. Life just kept taking more and more of your time, and your spouse started getting less and less of it.

When you stop spending time together, you set your marriage on a gradual course of dissatisfaction and (if not corrected) divorce.

Intentional time together is planned and/or scheduled time together. It could be a simple as a dinner or movie date, or as elaborate as a weekend getaway or a second honeymoon. And the act of scheduling and planning the time is almost as important as the time itself because it communicates to your spouse that you care enough about them to put some effort into it.

Unintentional time is more casual, spur-of-the-moment time with your spouse. Things like: sitting together, running errands together, taking a walk together, etc. Believe it or not, these times are just as important as the intentional times together, because they can happen more frequently and can become a part of the daily routine of your life.

Some of you may be thinking, “Yeah, but spending time together when we were dating was easier because we were in love and didn’t have as many things getting in the way. But I want to challenge that thinking. Maybe it wasn’t being in love that caused you to spend so much time together when you were dating. Maybe you were in love because you spent so much time together. And you still had demands and constraints on your time when you were dating. You had school, parents, work, friends, and the fact that the two of you weren’t living together. Yet you still found a way to work around those constraints. If you could do it then, you can do it now.

I know this may be difficult at first, especially if you’re at a place where you don’t want to spend time with your spouse. You may be hurt, angry, or wounded, and spending time with them is the last thing you want to do. But let me encourage you. Don’t put it off or avoid it for long. Because not spending time with your spouse is one of the ways to lose your marriage. It’s on the list.