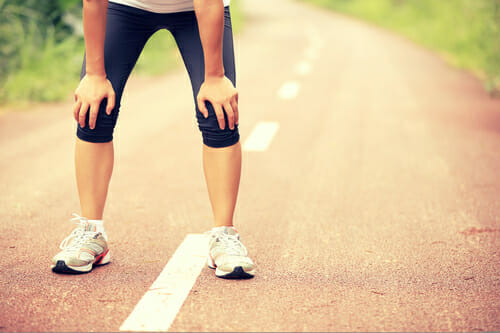 There are times when doing the right thing seems to make matters worse.

You try to defend your friend on the playground and you’re the one who gets beat up. An employer asks for an honest opinion then makes your life miserable because they didn’t like what you said. You stop to help a stranded motorist and miss your reservation at the restaurant you’ve been waiting so long to get into. The more you try to be kind and cooperative with your ex the more they take advantage of you.

Likewise, it can be difficult in marriage when you try to do the right thing and it doesn’t seem to get you anywhere.

Here’s a little perspective for you…

Very few marriages have experienced the level of difficulty that the Old Testament prophet Jeremiah experienced.

In Jeremiah chapter 20, Jeremiah is doing everything God tells him to do. He’s doing the right thing, but a priest has him arrested, beaten, and locked in stocks for the night.

After being released for the stocks, Jeremiah complains to God. (Jer. 20:7-10.) He tells God that he was minding his own business when He (God) compelled him to speak out. And what did it get him? His friends hate him and plot against him. Officials rail against him, arrest him, and beat him. All God ever gives him are messages of gloom and destruction. Everyone is watching him and hoping he will make some sort of mistake so they can put him away.

Then, in the next breath, Jeremiah affirms that God is with him and will defend him against his enemies. Jeremiah commits his cause to God and praises Him, despite all that’s happened. (Jer. 20:11-13.)

What’s with the Jekyll and Hyde routine? It’s because doing what’s right can be emotionally strenuous, especially in marriage. Your spouse might not respond well to you doing what’s right. They could be confused. They could get angry. They could even take advantage of you doing the right thing and try to use that against you. These reactions can be very hurtful, because your spouse is the most important person in your world.

But though it is difficult, I encourage you to commit your cause to God (Jer. 20:12) and continue to do what’s right. Your path may be difficult now, but it’s still better than the other path…which ends in destruction.

Doing what’s right has long term benefits, even if you can’t even see them in the short term. Doing the right thing will grow your character and give you increased influence. Those who consistently do the right thing rise to the top of their situation…even if the situation doesn’t change.

Remember, God is a long-haul God and He never fails to settle accounts in His way and in His time.

So keep doing what’s right…even if you’re the only one doing it…because doing the right thing is never the wrong thing.

Do you have a story of doing the right thing, even when it was difficult? Leave a comment and tell us about your experience.