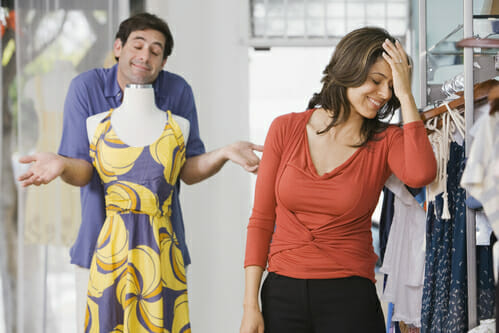 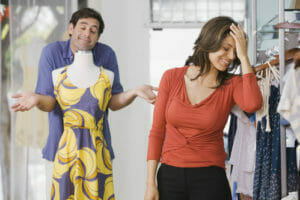 But when it comes to marriage, it can actually be helpful to overlook some things.

The other day my wife and I pulled out of our subdivision to go to her sister’s house. Without thinking, I turned left and took the long way. This is a big deal, because my wife was raised to always take the shortest, most convenient route…and we’ve had many “discussions” about this. Anyway, a mile down the road I suddenly realized I had taken the long way, and that she hadn’t said a word about it! She may have been grinding her teeth, but she overlooked it! Suddenly, I loved her all the more.

To have a good and enjoyable marriage, both spouses have to do some overlooking. A marriage where nothing gets overlooked is frustrating at best and combative at worst.

How do you know what you should overlook in marriage? The answers will vary from marriage to marriage, but here’s some questions that can help you determine what to overlook…

Are they doing it intentionally? I’m an ice cruncher. When I finish my drink, I unthinkingly begin munching on the ice left behind. But this is like fingernails on a chalkboard to my wife. When I unthinkingly crunch ice, she will give me a look designed to reduce me to charred bits. And if that doesn’t work,  she will snatch the glass away and threaten me with bodily harm. But my ice crunching is not intentional. I’ve been crunching ice since I was little. My entire family crunched ice. It’s in our DNA. The point I’m trying to make (besides pleading my own case) is that just because your spouse continues to do something that drives you crazy doesn’t mean they’re doing it on purpose or intentionally trying to get your goat. (Assuming you even have a goat.) It might be some thing you need to quit taking it so personally.

Would other people react as negatively to what they’re doing? Have you ever been talking to a friend about some aggravating thing your spouse does, only to have your friend look at you blankly and say, “What’s the big deal? Why does that bother you so much?” If others don’t see the problem with your spouse’s behavior, it may be a sign that the problem is more with you than what your spouse is doing.

Does what they’re doing hurt the health and well-being of your marriage and family? So what if they put the toilet paper on the back of the commode rather than in the holder on the wall. So what if they load the dishwasher randomly, rather than systematically using every spare space available. So what if they they keep their car a mess or leave spots on the bathroom mirror. If every hill is a hill to die on, your life together will be nothing but a constant funeral dirge.

If they were in a terrible car wreck today and you didn’t know if they would pull through, would that frustrating thing they do be that important? It’s funny how death and the threat of losing someone puts everything in its proper perspective. Trust me. When you come to the end of your life, all the things you think are so important now won’t be important at all. How much better our marriages would be if we stopped taking our spouse for granted and started acting like they could be gone tomorrow.

The sweet spot in marriage is when you can look at your spouse, see all that’s frustrating about them, and say to yourself, “I would give anything to get them to change that, but if it never changes, it will be OK.”

What’s one thing you could/should start overlooking in your spouse? It’s ok to start small, but you need to start. You’ll be surprised how much better you both will feel…after you get used to it.