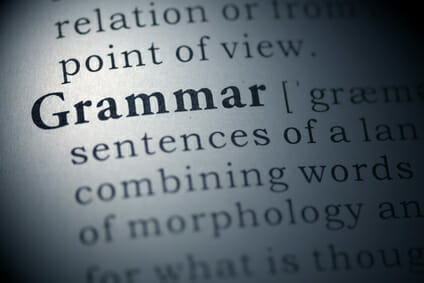 Possessive pronouns are general words that replace nouns and denote ownership.  (Feel like you’re back in school?)  They are words like: yours, mine ours, etc.  These words are very important to us.  Toddlers grab toys and say, “Mine!”  Children brag about something of theirs being better than someone else’s.  And most teenagers will sooner or later make a grab for independence with the declaration, “It’s my life!”

When I got married, I had a little Nissan pickup.  (Actually it was a pre-Nissan Datsun, which really dates me.)  It was my first new vehicle.  It was a burnt, pumpkin orange with a matching camper top.  I lined the bed with astro turf that matched the truck color.  (I’m not making this up.)  It had fender skirts, an after-market stereo, and a CB radio neatly installed where the ashtray used to be.  (Yes, CB radio.  It was the stone age.)  Sounds goofy now, but that truck was a jewel to me.

I remember the first time I heard my wife refer to that truck as “our truck.”  I recoiled internally and thought to myself, “Our truck?  That’s my truck!”  Fortunately, I didn’t say any of this out loud.  That would have been both awkward and detrimental.  This was the beginning of “the two becoming one.”

Couples getting married today often look for ways to guard their separateness.  Maybe it’s separate checking accounts.  Maybe it’s each having their own closet or bathroom.  Maybe it’s as simple as a having more than one TV, so each can watch what they want.  Though there’s nothing inherently wrong with such things, the intent of marriage is to merge two individuals together rather than facilitate their separateness.

Individual are putting off marriage and staying single longer, so it’s understandable that when they do marry they try to maintaining some of the independence they’ve known for so long.   But you cannot be married and keep your independence.  You can keep your uniqueness, your identity, your opinions, but not your independence.  “My” and “mine” must give way to “our” and “ours.”

I still occasionally slip up on the possessive pronoun thing.  We recently replaced the vehicle my wife drives with a newer one.  A few days after getting it, we were trying to decide what color the new floor mats should be.  (We lead such exciting lives.)  At some point I said, “You need to get what you want.  It’s your car.”  She quickly corrected me saying, “No.  It’s our car.”  After nearly thirty-four years of marriage, my wife is still teaching me proper marriage grammar.

Now here’s your homework:  Try using the words “our” and “ours” as much as you can this week.  Our money.  Our time.  Our house.  Our kids.  Our marriage.  It’s not as easy as you would think.  It will sound awkward at first, but changing your possessive pronouns will change your perspective.

Share the wealth by sharing your story of moving from “mine” to ours” in marriage.