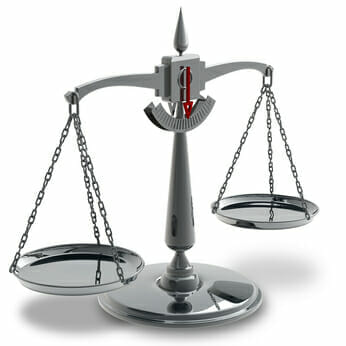 Justice is important, because it is inherent to how the universe works.  Like the simple law of physics that states that every action is met by an equal and opposite reaction, every offense demands some sort of correction. Without justice there is no accountability; only chaos and anarchy.

But justice is problematic, because it doesn’t right the wrong.  Even when the offender is punished, it doesn’t change the offense or remove the wounds of the offense.  Justice does not bring satisfaction.  It only reveals that nothing can make the offense right.

So which one should you pursue?

Since both are are important, you need to pursue both.  Believe it or not, it is possible.  You can forgive a person without doing away with the consequences (justice) of their actions, and you can pursue justice without ignoring the need to turn from vengeance and forgive the person.  Just know that forgiveness will feel costly and justice will feel incomplete.

Let’s take this to another level…

Though they seem opposed to one another, forgiveness and justice  really can go together.  We know this, because the crucifixion of Jesus brought the two together.  (2 Cor. 5:21)  At the cross,  sin was punished (justice) and sinners were set free (forgiveness.)

Leave a comment and tell us which you think is most important…justice or forgiveness.  Let us know why.

2 thoughts on “Forgiveness or Justice ?”